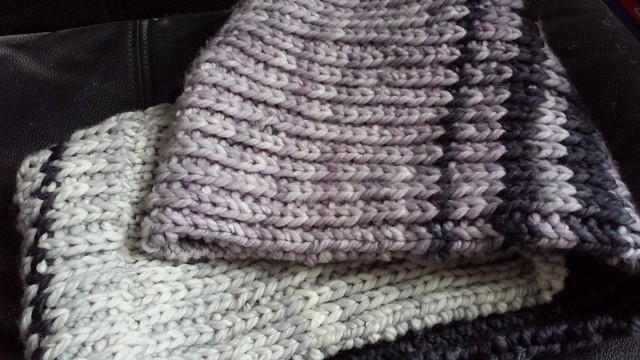 mammogram
my shadow
leads the way

Shadows usually follow us, not lead us.  Magenta’s turning that truth on its head is wonderfully playful – or would be, if the shadow in question weren’t the shadow on the mammogram image that every woman dreads.

knitting a shawl
grandmother folds
into the fog

This poem is a rich and dignified picture of generational role reversal.  The verb “folds” so gently unites the knitting work-in-progress with the grandmother who is fading into the fog of sleepiness or dementia – or both.  Was it perhaps the grandmother who taught the poetic speaker to knit?  If so, then those stitches weave the speaker and the grandmother together through the DNA of a beautiful handicraft passed down through generations.

Martha Magenta lives in England, UK. Her poetry has appeared in The Reverie Journal, Cafe Aphra, and Beaux Cooper; her haiku and senryu have been published in Modern Haiku, Presence, and Chrysanthemum, among others; her tanka in The Bamboo Hut, and Ribbons. She is owner of POETS community on G+. She collects her published work on a blog: https://marthamagenta.com/.