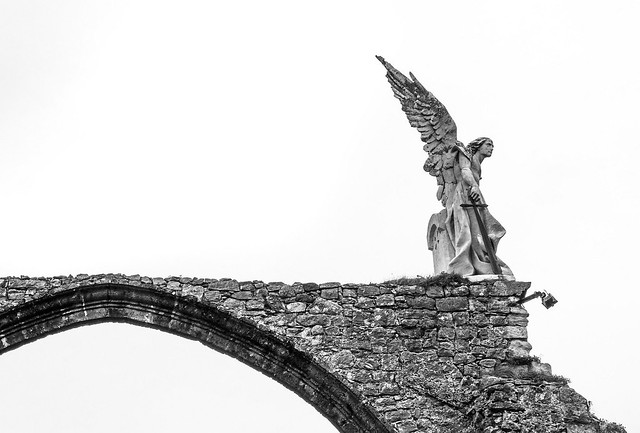 I’d like to share with you the story about the very first time I read one of my poems in public. It’s a story that in ways big and small changed my life, and I think it has the power to change other lives, too – maybe even yours.

I started writing poetry in early 2011, not really by choice, but out of necessity.  At that time, I had been doing a lot of professional media writing and had been thinking about an idea for a novel I had come up with, and which I still hope someday to write. But when I write longer-form fiction, I like to have a stretch of two or three hours available to devote to it, a luxury that my full-time job and my rich and varied personal life did not and still does not allow.

So I did the next best thing. I started carrying around a little pocket-sized notebook, and whenever I had an idea for a plot twist or character trait or a scene in the novel-to-be, I jotted it down in the notebook.

In early 2011, I went through a bout of insomnia, in which I would wake up in the wee hours of the morning with, of all things, lines of text running through my mind – colorful turns of phrase, not necessarily complete sentences. But I remember thinking that these orphan lines, if you will, were actually fairly intriguing. Each time I awoke with one in my mind, I willed myself not to forget it by the time I actually got out of bed to start the day. But that effort only kept me from going to sleep. And inevitably I would still forget the line of text that had come to me out of nowhere.

I assumed that the lines of text that were finding their ways into my brain were somehow related to the novel I was then trying to conceive. So after a few of these insomnia incidents, I decided to put my little notebook on my bedside table. If more of these overnight insights woke me up, I could grab the notebook and jot them down, thereby getting them out of my mind so I could get back to sleep without fear of losing the ideas entirely.

That same night, I had a chance to put the procedure in action. The text-spirits woke me around 2 a.m., and I grabbed my notebook and started writing down what my intuition had coughed up. But instead of coming out in lines across the full width of the page, as in prose, the words came out in a long and skinny strip of short lines vertically down the page. When I stopped writing, I held the notebook arm’s length away. Hmm. Looks like a poem, I thought. Then I read what I had written, and I remember thinking, I don’t know if it’s a good poem, but, from a writer’s perspective, broadly construed, I don’t think it’s a bad piece of writing.

In hindsight, what I did next was foolhardy or brave or both, which might be why my poetry guardian chose to enter at this particular moment. On a whim, I decided to read one of the new poems in my little notebook in the open mic at the The Poetry Forum, a long-standing and highly respected poetry reading series in Columbus that, at the time, met every Monday evening at a bar near the Ohio State University campus.

I showed up for the Monday-evening gathering. All the seats at tables were taken, and there was only one seat left seat at the bar, so I took it. The gentleman seated on my left was wearing a red satin baseball jacket and a dark blue baseball cap. He said hello.

“No, not really, but I brought a poem that I might read at the open mic, just to see what happens,” I said.

“Oh, you’d better sign up. The open mic fills up fast.” He gestured across the room. “There’s a sign-up sheet over there.”

I thanked him, crossed the room, signed up, and returned to my seat at the bar.

With each of the featured reader’s fantabulous poems, I felt more and more like throwing up or running away.

“Pretty good, huh?” my bar friend said to me during the intermission between the featured poet’s sets.

“Yes,” I said. “Absolutely. You know, um, maybe I’ll save that open mic thing for another time.”

What my new friend said next changed my life completely.

“Don’t judge. Don’t compare yourself with anyone. Just read what you have to read.”

The featured poet read his second set, then the first few poets on the open mic list read their poems, then the MC called my name. I walked onto the stage. Stage lights blackened out everyone in the audience, including the featured poet, who was sitting at the first table away from the stage. I spoke into the void.

“This is my first time reading at the Poetry Forum, and the poem I’m going to read is the first poem I’ve ever written. It’s called ‘Sacrifice.’”

I read the poem. “Jeez,” I heard the featured poet say. People clapped. Through my nerves, I managed to find enough strength and stability in my legs to step down from the stage and return to my place at the bar. “Nice job,” my bar friend said.

After the open mic ended, I thanked the MC, a long-time college English professor. “Write more poems like that,” he told me.

So I did. And I still do, except that the poems I’m writing now are better than that first poem, because I’ve been writing poems longer now than I had been when I first started, which I realize is a goofy thing to write, but I needed to write it in order to make a point:

What if my poetry guardian angel had not been at The Poetry Forum that night and sitting next to the only seat available for me to sit in? What if the person on my left at the bar had been someone who didn’t know to tell me to sign up early for the open mic? And here’s the biggie: What if that person had not told me to stop comparing myself negatively with other people, had not told me just to share what I have to offer, had not encouraged me to make my voice heard?

Would I still be writing poetry today, if my poetry guardian angel had not been with me when I needed him most? Maybe, maybe not. But that he did appear when I needed him, and that he did encourage me when I wanted to run away, definitely did give me the intestinal fortitude to step outside my comfort zone and into the realm of possibility.

After thanking the MC, I went back to my seat at the bar to put on my coat to leave. My poetry guardian angel had already left. And even though I have returned to readings at The Poetry Forum and was actually invited to give a featured reading there a few years ago, I’ve never seen my guardian angel again. But when I’m feeling deflated about my writing, or anything else for that matter, I remember what this wise stranger in the red baseball jacket told me: Don’t judge. Don’t compare yourself with anyone.

Just be you. And write.

2 thoughts on “My Poetry Guardian Angel”