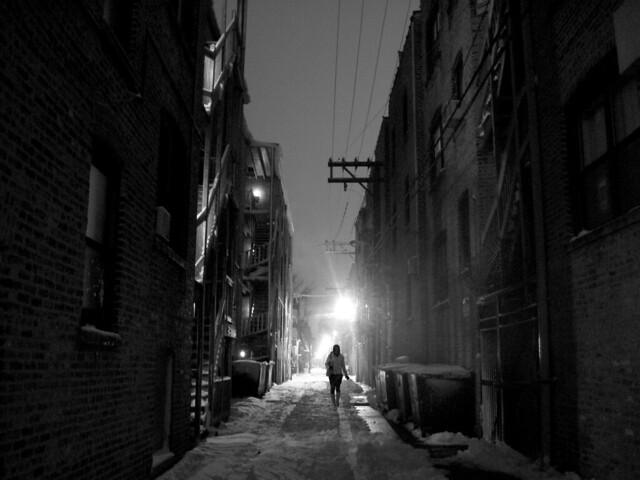 The Curse, that monthly guest, joins up with the dreaded curse of homelessness and all the woes that fly out from its Pandora’s box.  French captures the desperation of the impoverished young woman with a boldness and directness that hits you in the gut and makes you weep for the world.

The phenomenon of what I call disenvoicement – the unjust silencing of an individual on real or perceived threat of devastating consequences for speaking out – is a sinister reality in the lives of women.  In so many ways a woman’s voice falls on “deaf ears” – the physically or emotionally abused woman or girl is afraid to speak out against her abuser, the professional woman is afraid to speak from her unique perspective in a meeting full of male colleagues, the silenced woman who, in some cultures, is viewed as a being without basic human dignity simply by virtue of her sex – the list goes on.  This tragedy plays out on the social and individual levels; how much worse off the world is when deprived of these voices!  French’s poem aptly gives voice to a grave wrong in women’s experience that has gone on far too long.

Terri L. French is a writer/editor and award winning haiku poet living in Huntsville, Alabama. She is past Southeast Coordinator of the Haiku Society of America, former editor of the senryu and kyoka journal Prune Juice, and current secretary for The Haiku Foundation.