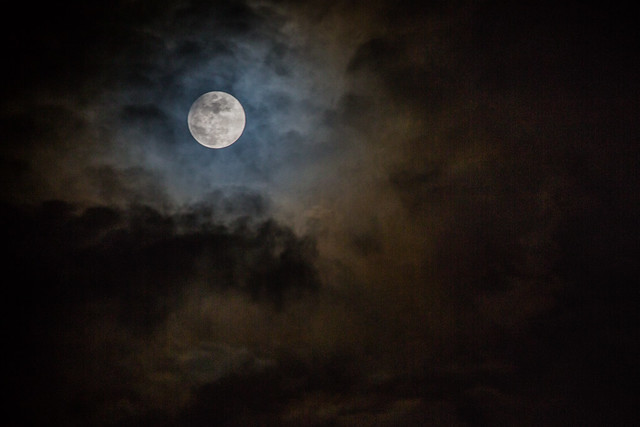 The International Women’s Haiku Festival continues with a lovely haiku about solitude by Willie R. Bongcaron.

full moon
she stands alone
not so lonely

This poem gives graceful voice to a vexing issue.  Traditionally, women have been defined – and often still are defined – by their relationships with the men in their lives.  In the West, at least, daughters take their father’s last names, and traditionally, women take their husband’s last names.  When a woman is unattached, and in particular, not married to a man, does the world accept her as the complete human being she is, or does she tend to be viewed simply as someone who lacks a spouse?

In Bongcaron’s poem, the moon reflects the radiance of a woman comfortable in her solitude, a woman who stands on her own two feet, well at ease.

Willie Ropelos Bongcaron is a haijin by choice.  He has adopted a pen named AoSuzume, or the blue sparrow, with the help of Ms. Gabi Greve.  He is an adherent of short poetry forms like haiku, senryu, tanka, haiga, free verse, etc, but has been particularly addicted to haiku and senryu for 5 or more years now.  He resides in Sampaloc, Manila, the Philippines with his family; and is a government employee, having worked with the light rail transit system (LRTA) since 1985.